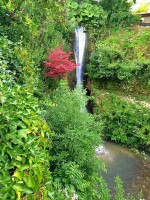 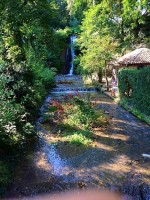 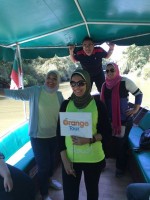 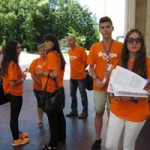 BULGARIA is small but charming country in Southeast Europe. It is a European, Balkan, Black Sea and Danube country. Its geographic location places it on the crossroad between Europe, Asia and Africa. Bulgaria is rich of history, culture, natural sites and there are many reasons to choose this mostly unknown country for your next trip.

Here are just a small portion of reasons:

There’s a sea, there are montains, there are valleys – whatever you like

If you are a sea person, that’s your place. Or do you like mountains? We have a lot to choose from – Balkans, Rila, Pirin, Rodopes and many more.

Everything is cheap – food, drink, logging

The food is amazing!

Bulgaria produced about 70% of the world’s rose oil. It is used for cosmetic products, soaps, shampoos, etc. The Bulgarian Rose Valley is the home of the exquisite Bulgarian rose oil, also known as 'attar of roses' or 'rose otto', and world center for rose otto production. Good job, huh?

The highest mountain in the Balkan Peninsula is in Bulgaria – The Rila Mountain with its highest peak Musala (2,925 m). In Rila are situated the most beautiful group of lakes – The 7 Rila Lakes.  Also, there are more than 40 mountains in Bulgaria. Impressed already?

The latest data shows that Bulgaria is the second country with the highest number of natural mineral springs in Europe – just after Iceland.  Bulgaria is perfect for SPA!

The latest Eurostat data shows that the prices in Bulgaria are the lowest in European Union. Almost 50% lower than the average prices in the EU. What about that?

Bulgarian yogurt is the best in the world, no doubt about it. This is thanks to the unique Lactobacillus bulgaricus bacteria used for its production that can only be found on the territory of the country.

Bulgarian song is flying in open space together with Bach’s and Mozart’s greatest  works. In 1977 when the Voyager 1 and Voyager 2 probes left the Earth the folk song “Izlel e Delio Haydutin”performed by Valya Balkanska was on board! Yeah, that's right…

The oldest golden treasure in the world is found in Bulgaria – The gold treasure discovered in the Varna Necropolis dates back to 5000 BC.

The Cyrillic alphabet was invented in the 9th century AD by none other than the two most famous Bulgarian monks ever to have lived – Cyril and Methodius. Now almost everything here is named after the two saints – schools, libraries, streets. We honor Saints Cyril and Methodius every 24 May – a.k.a. “The day of Bulgarian Education and Culture and Slavic Literature”.  It is the basis of alphabets used in various languages, past and present, in parts of the Balkans and Northern Eurasia, especially those of Slavic origin.

The capital has a lot to offer but seen through the eyes of the local tourguides is indispensable. Plovdiv is the second largest city in Bulgaria. It’s a place with ancient history and more than 200 archaeological sites which you have to see with the help of the locals. Varna is the sea capital of Bulgaria which also has a lot to offer.

Nesebar is listed as UNESCO World Heritage Site and not without a reason. An ancient city with a lot of history and beautiful architecture.

So… Are you comming or what?